No other films were shown due to COVID.

October 30th – See You Up There / Au revoir la haut

Enjoy the following trailers from this year’s program …

(Will be screened with English subtitles. This trailer is only available in Italian.) 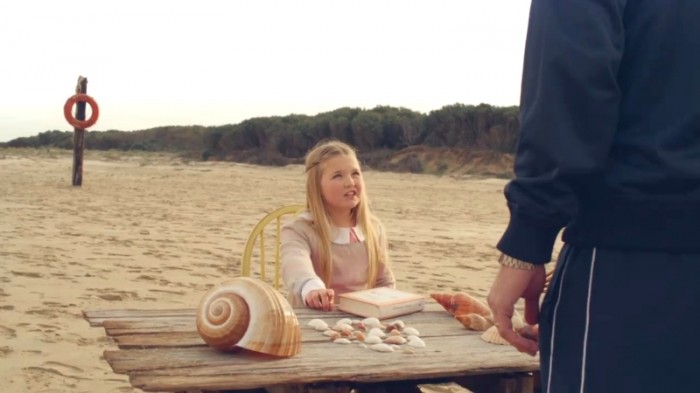 The film is about a Swedish family that travel to the French Alps to enjoy 5 days of precious time together, the sun is shining, the slopes are spectacular but…….

The film is a psycho-comedy-drama that leaves the audience, uncomfortable at times, through the slow, painful exploration of the emerging cracks in the marriage that occur in their differing response to a casual event i.e the resort’s daily programmed avalanche. The audience is forced to change sides throughout the film and the outcome will be debated.

Interestingly the title Force Majeure (French for: a superior or irresistible power) an event that is a result of nature, as opposed to one caused by human behaviour. The term force majeure is used in the law of insurance when a contract cannot be performed due to causes outside the control of the contracting parties (West’s Encyclopedia of American Law, edition 2). On a lighter note, the scenery is magnificent!

“Human Capital” is a 2013 Italian film directed by Paolo Virzì. The film is based on the American novel Human Capital by Stephen Amidon.

The story begins one night before Christmas, a waiter cycling home from a work at a gala at a prestigious private school is hit by a car and the driver flees, leaving the badly injured waiter lying in the street. The next day, two well-known families in the city are involved in the case of the waiter, who is hospitalized near death.

The film is set in a town in Brianza and in Milan. It explores the huge gap in the social strata in Italy, especially since the recession; it is essentially a film about the haves and the have-nots, hence the settings.

Finding Vivian Maier is the critically acclaimed documentary about a mysterious nanny, who secretly took over 100,000 photographs that were hidden in storage lockers and, discovered decades later, is now among the 20th century’s greatest photographers. Directed by John Maloof and Charlie Siskel, Maier’s strange and riveting life and art are revealed through never before seen photographs, films, and interviews with dozens who thought they knew her.

Maier’s massive body of work would come to light when in 2007 her work was discovered at a local thrift auction house on Chicago’s Northwest Side. From there, it would eventually impact the world over and change the life of the man who championed her work and brought it to the public eye, John Maloof.

Currently, Vivian Maier’s body of work is being archived and cataloged for the enjoyment of others and for future generations. John Maloof is at the core of this project after reconstructing most of the archive, having been previously dispersed to the various buyers attending that auction. Now, with roughly 90% of her archive reconstructed, Vivian’s work is part of a renaissance in interest in the art of Street Photography.

The film ABOUT ELLY explores a group of middle-class friends who travel from Tehran to spend the weekend at the seaside. Sepideh invites Elly, who is her daughter’s teacher, to travel with the three families in order to introduce her to their recently divorced friend Ahmad, now living in Germany. The hidden agenda here is that Sepideh is matchmaking Elly with Ahmad.

The next morning, the two women go shopping in the town and Elly says that she has to return to Tehran because her mother has been recently submitted to hospital for heart surgery, but Sepideh asks her to stay and hides her luggage.

An apparently simple story line that is really quite deep as it evolves, revealing a complexity of relationships within the group. Although it appears divorced from religion and politics one should remember that Iran has very harsh punishment for adultery and even if there was none committed, one wouldn’t want to be accused of this act.

The film will be Peaceful Times. “In this German comedy/¬drama, Irene and Dieter have fled ’60s East Berlin with their three children for a better life in the West. Irene can’t shake the Eastern Bloc mindset: craving conformity and living in constant dread of catastrophe, in general, and a Russian military invasion, in particular. As seen by her two matter ¬of ¬fact little girls she’s a lovely, mesmerizing bundle of nerves – and something of a responsibility. Dad Dieter meanwhile is crazy for the swinging Western ways. Observing the growing rift, their two little girls plan the divorce – another novel freedom – they believe will make everyone happier.” (Source: World Cinema Showcase Directed by Neele Leana Vollmar) .

This is a very interesting film for those of us who have lived through the erection and the fall of the Berlin Wall or Iron Curtain as it was also called by the West. The Berlin Wall was a barrier that divided Berlin from 1961 to 1989, constructed by the German Democratic Republic starting on 13 August 1961 and it completely cut off East Berlin from West Berlin.

It was not until 3 April 1989 that the use of firearms to prevent border violations was stopped.

Whilst all this political background sounds ominous the movie is far from heavy in a political sense, but does it need to be understood in order to make more sense of the film. The two children, Ute and Wasa, are a bit too young to understand that their mother’s behaviour isn’t charming eccentricity but signs of mental illness. A mental illness that has been brought on by the oppression and danger of living in East Berlin.

Despite this you will have quite a few laughs and experience great delights in this film….a delightful movie.

SONG FOR A RAGGY BOY

Directed by Aisling Walsh, SONG FOR A RAGGY BOY is based on the true story of a single teacher’s courage to stand up to the sadistic disciplinary regime and other abuse in a Catholic Reformatory and Industrial School in 1939 Ireland.

The Mystery Of Happiness is a low-key, charming Argentine comedy which starts out like a buddy movie, then takes a different turn. Daniel Burman, the director and co-writer, sets up a tale of male friendship in which a pair of lifelong friends, Santiago and Eugenio, who co-own an electrical goods store, do just about everything together. Burman introduces their close relationship in an extended opening sequence that emphasises routine, ritual, affection, mirrored activity at work and after hours.

Then, suddenly, Eugenio fails to come into work one day, and Santiago is forced to reappraise everything about their relationship. Eugenio’s jittery, voluble wife, Laura, much to Santiago’s initial frustration, becomes part of the quest.

The film is essentially exploring a “mid-life crisis” and it is done with a wry sense of humour, and although fairly predictable, is does end with a slight twist. A thoroughly charming film.

Still Alice, directed by Richard Glatzer and Wash Westmoreland, was adapted by the pair from a novel of the same name by Lisa Genova. So it is not based on a true story. However, it is a story that hits a lot of people in a lot of true places.

The story line is: Dr. Alice Howland (Julianne Moore) is a renowned linguistics professor at Columbia University. When words begin to escape her and she starts becoming lost on her daily jogs, Alice must come face-to-face with a devastating diagnosis: early-onset Alzheimer’s disease. As the once-vibrant woman struggles to hang on to her sense of self for as long as possible, Alice’s three grown children must watch helplessly as their mother disappears more and more with each passing day.

This film is very contemporary in that it explores the use of technology in managing and even cloaking Alzheimer’s symptoms.

Alzheimer’s is a pretty brutal disease — and as Moore pointed out in her acceptance speech for Best Actress at the 2015 Oscars:

“I’m very happy — thrilled, actually — that we were able to hopefully shine a light on Alzheimer’s disease. So many people with this disease feel isolated and marginalized, and one of the wonderful things about movies is that it makes us feel seen and not alone. And people with Alzheimer’s deserve to be seen, so that we can find a cure”.

Featuring superb performances from leads Louise Bourgoin and Pierre Rochefort, Nicole Garcia’s latest atmospheric movie is an emotional drama that subtly studies the complexity of family ties and the chemistry of attraction. Baptiste is a gifted primary teacher who knows how to bring schoolwork alive for his pupils. When he is left in charge of Mathias one weekend by the child’s negligent father, the boy takes Baptiste to his mother Sandra, a dazzling but fragile woman. For one enchanted day, a powerful spell unites them. But it won’t last. Sandra owes money and her creditors are moving in. She is forced to flee again. To help her, Baptiste must return to the roots of his life, and to the darkest, most painful secrets within him.

FOUR OF A KIND

Four of a Kind is the debut feature film for director Fiona Cochrane. It was completed in 2008 and released in 2009.

It is based on the stage play Disclosure by Helen Collins as presented at La Mama Theatre (Melbourne) during the 2006 Melbourne Fringe Festival.[2] It was shot on location in Melbourne, Australia.

Four different women, each with a well-hidden secret they are coaxed, tricked or forced into revealing. Through a veil of lies all four flirt with the truth as they experience betrayal, ambition, loneliness, pain and anger. But the lies they tell themselves might be the ones that hurt the most.